I sincerely appreciate the response I’ve received in the Autism Diary entries I’ve written. As much as I’d like to think I’ve tried to help people, I’ve often been the recipient of excellent advice and support. This post is another time where I’m not necessarily trying to offer answers. I’m probably just raising more questions!

Nonetheless, I think the issues I’m going to raise here are important to consider when taking steps to help Autism Spectrum Disorder children learn through play.

I’ve posted articles in the past relating to toys that have been cited through experts and toy companies that “speak” to Austism. It’s implied that these toys can directly and indirectly help children on the Autism Spectrum Disorder spectrum socialize and communicate better. I’m not here to dispute the claims of the experts or my own articles but I do think there is a growing need for some awareness as to how these Autism Spectrum Disorder toys are being selected and how parents should use and monitor them. In short, I have autism friendly toys concerns.

My autism friendly concerns stem from my own personal experiences with raising my son. Before he was diagnosed, I thought nothing of his desire to watch Baby Einstein videos. I also thought nothing was wrong with turning him loose on a mountain of pots and pans to stack and I thought it was neat that he would dive into an electronic Leapfrog game to learn letters and words. I was proud of my little guy for figuring very complicated learning games and scenarios out on his own. He became addicted to all of these things. The videos, the stacking and the electronic games were catnip to him.

On the surface, these Autism related toys seem like a great idea as many of them address the shortcomings of children of Autism Spectrum Disorder (lack of fine motor skills, dexterity, impaired communication etc). In my opinion, the key to their effectiveness is constant interaction while they are using “autism-friendly” toys. Just because an Autism Spectrum Disorder child “loves” these games and activities and can play them “for hours” doesn’t necessarily mean the toys are good for them.

The key for the success of the Autism Spectrum Disorder toys is the interaction that goes on between the child playing them and others. It’s also knowing “when to say when” as it pertains to stopping one activity and moving on to another. The warning signs for overuse are pretty obvious (and even more obvious in hindsight). Be careful if you see your Autism Spectrum Disorder child “zone out” during play, getting obsessive by the routines of a game, isolated play and a willingness to repeat a game’s routine infinitely. Like any diet, a good “Autism Friendly” toy is only good in moderation. Beware of so called “Austism Friendly” toys that may offer electronic mental stimulation but gives little in terms of encouraging communication or lacks enhancement of fine motor skills. 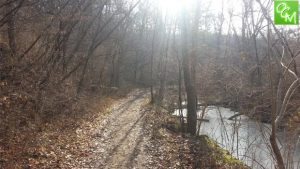