A new study by the AAP (American Academy of Pediatrics) seems to confirm what many parents of ASD (Autism Spectrum Disorder) boys may already know in regards to video games.

A study in the August 2013 issue of Pediatrics (www.aap.org), “Video Game Use in Boys with Autism Spectrum Disorder, ADHD, or Typical Development,” (published online July 29) surveyed parents of 141 boys, ages 8 to 18, about their video game usage. The study found that boys with Autism Spectrum Disorders (ASD) spent much more time playing video games than their typically developing peers (2.1 versus 1.2 hours per day).  Boys with ASD and those with Attention-Deficit/Hyperactivity Disorder (ADHD) had greater in-room access to video games and were at greater risk for problematic or addictive video game use than typically developing boys. Inattention (but not hyperactivity) was associated with problematic game use in boys with ASD and those with ADHD, and a preference for role-playing games was particularly associated with problematic game use in boys with ASD. The authors state that these findings show a need for heightened awareness and assessment of problematic video game use for children with ASD and ADHD.

My son was diagnosed with a mild form of Asperger’s Syndrome and my husband and I became keenly aware of his predisposition toward video games and all things electronic at a very early age. At first, we thought the problematic video game use was a phase or even typical to what other children experience as far as video games. The old “boys will be boys” or “kids sure love video games nowadays” speak. We thought we had a little genius on our hands. My son’s video game “problem” quickly grew out of control as my husband and I realized he would play (and master) any video game all day long if given the choice. It became obvious his attitude toward video game play was far from normal.

The lingering questions and one I have battled for several years are how to still incorporate the positives of “some” of the video game use for an Asperger’s or ASD child and what is deemed to be too excessive compared to other “normal” boys his age. How much of video games can he “safely” process as he expands his mind and how much use is detrimental to where his thoughts become obsessive? How do you incorporate other “healthier” passions? 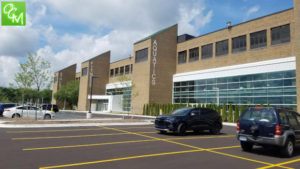