Early Math Skills Identified for Future Math Success – in a study from the University of Missouri. Children experience language delays tend to catch up to their peers, the same might not be true with math.

The American Academy of Pediatrics recently released a study proclaiming that children with delays in speech often “catch up” to their peers by the time they enter elementary school and that speech delays don’t necessarily reflect long-term learning problems. A new study released from the University of Missouri is claiming that children with delays or deficiencies in math may not be so fortunate.

Psychologists at the University of Missouri have identified the beginning of first grade math skills that teachers and parents should target to effectively improve children’s later math learning.

A long-term psychology study indicates that beginning first graders that understand numbers, the quantities those numbers represent, and low-level arithmetic will have better success in learning mathematics through the end of fifth grade, and other studies suggest throughout the rest of their lives.

“Math is critical for success in many fields, and the United States is not doing a great job of teaching math,” said David Geary, Curator’s Professor of Psychological Sciences. “Once students fall behind, it’s almost impossible to get them back on track. We wanted to identify the beginning of school knowledge needed to learn math over the next five years. We found that understanding numbers and quantity is a necessary foundation for success as the student progresses to more complex math topics. In order to improve basic instruction, we have to know what to instruct. These are the factors that make a difference in the first grade above and beyond intelligence and other abilities.”

Geary and the team of researchers have been monitoring a group of 177 elementary students from 12 different elementary schools since kindergarten, with the intention of following them through their first algebra class in the 10th grade. For this study, the researchers factored out intelligence, working memory and other abilities to determine the most critical beginning of school math skills.

“This study reinforces the idea that math knowledge is incremental, and without a good foundation, a student won’t do well because the math gets more complex,” Geary said. “The kids that can go back and forth easily and quickly in translating numerals, the number five, for example, into quantities and in breaking complex problems into smaller parts had a very good head start.”

The researchers also found that first graders who understood the number line and how to place numbers on the line and who knew some basic facts showed faster growth in math skills than their counterparts over the next five years. However, the researchers found that these early math skills had no impact on future reading ability.

Geary says that while other studies have focused on reading success, this study is the first to examine how the basic math skills children bring to first grade effects their mathematics learning throughout an entire elementary school years. Future studies will focus on fractions and algebra.

The paper, “Cognitive Predictors of Achievement Growth in Mathematics: A Five Year Longitudinal Study,” will be published in the journal Developmental Psychology. 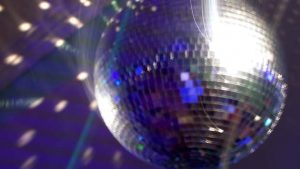 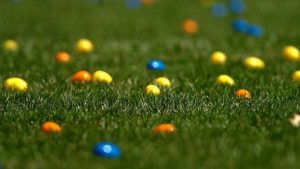 Waterford Easter Hop Into Spring – at Hess-Hathaway Park. Families will be able to schedule a time slot between 10a [...]
View Calendar
Add