The Pipe Scream and Lake Erie Eagles are fun family rides. The Pipe Scream reminds me of the Pirate Ship but with waves and a rotation added in. Riders sit in the large car with the two sides facing each other. The car rolls on the giant waves of the track while spinning in large rotations at the same time. It’s not a high thrill ride, but more of an enjoyable ride with a mild thrill so it’s great for kids, families, and the nervous riders. Pipe Scream rides along 302 feet of track, reaching a maximum height of 43 feet and at speeds topping 40 mph! Height Requirement: 42″ minimum to ride; riders between 42″ and 48″ must be accompanied by a responsible person.

The Lake Erie Eagles is based on the classic carnival ride with the set of swings that raise up and then rotate in a circle for the duration of the ride. The uniqueness comes from an added feature that gives the rider some control over the experience. There is a handle that riders can move from side to side and it controls the fin and angle of the swing rather than just having it face one direction for the entire ride. Guests on Lake Erie Eagles will sit in one of eight ride carriages that are suspended from arms located more than 28 feet above the ground. Height Requirement: 36″ minimum to ride; 36″ – 44″ must be accompanied by a responsible person.

The Pipe Scream and the Lake Erie Eagles will both be open starting with the park’s season opening on Saturday, May 10, 2014.


In addition to the above, Cedar Point will feature the following additions and changes for 2014…

CEDAR POINT 2014 NEW RIDES AND FEATURES:
Chickie’s and Pete’s
Known for their legendary Crabfries, this popular restaurant will also feature signature Philly Cheese Steaks and Lisa’s Blonde Lobster Pie. Chickie’s and Pete’s was recently named as one of the “Ten Best Sports Bars” in the country by USA Today.

Starbucks
Guests can start their visit at Cedar Point by enjoying fresh baked goods and their favorite coffee drinks at the full-service Starbucks (in the former Donut Time).

Luminosity: Ignite the Night – 2014 Edition
This high-energy show promises to be better than ever in 2014 with an all-new lineup of music, dancing and a dazzling display of pyrotechnics! “Luminosity,” amplified by North Coast Container and fueled by Marathon is performed nightly (except Tuesdays), May 30 – August 17.

SlingShot
Later this summer, Cedar Point will take screaming to new heights when it opens its new SlingShot ride. Riders on SlingShot will be secured in an open-air two-person capsule before being launched nearly 360 feet into the sky at speeds of up to 62 mph! SlingShot will be located near the Gemini roller coaster and will be an extra charge amusement ride.

The park will also feature a variety of new food options this summer, including Auntie Anne’s and Cinnabon in Challenge Park and new Coca-Cola Freestyle and Yogurt Plus locations along the Gemini Midway. Several new live shows will also debut this summer, including “Rockin’ Country” in the Red Garter Saloon, “Lusty Lil’s Revue” in the Palace Theatre and “Snoopy Unleashed” in the Good Time Theatre.

See related posts below for more pics and reviews of Cedar Point in Sandusky Ohio. 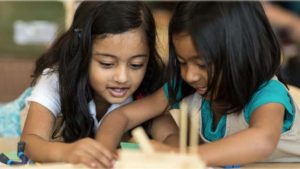