The recent passing of Detroit appliance legend Ollie Fretter had me reflecting on those funny Fretter Appliance commercials. It didn’t take long to realize that local businesses, radio stations, and organizations have had some pretty awesome classic Detroit TV commercials over the years.

The Detroit Zoo Commercial – “See How The Stars Live”

WRIF TV Commercial / “You Have a Remarkable Mouth”

WXYZ Commercial – “Stand Up and Tell ‘Em You’re From Detroit”

Detroit Institute of Arts Commercial – “You Gotta Have Art”

Robinson Furniture – “You’ve Got an Uncle in the Furniture Business”

I would have to say the Detroit Zoo commercial is probably the most beloved of the bunch. I actually prefer the “Say Yes To Michigan” style of TV campaign to the Pure Michigan one. I HAD to put Sonny Eliot on this list somewhere even though Towne Club Pop tasted AWFUL. The DIA “You Gotta Have Art” commercial, if I recall correctly, seemed to find its way on the air for the better part of a decade.

So, what are your favorite vintage, uniquely Detroit Classic Detroit TV Commercials? 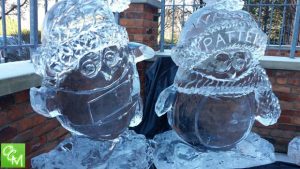