Dancing Raisins Science Fair Project Directions
Fill the glass with the carbonated beverage. Drop 10-15 raisins into the glass. Watch the raisins. They’ll be floating, bobbing up and down, and dancing!

How it works
Yes, it’s fun to watch, but I guess the whole point of a science fair experiment is to understand the lesson. Here’s how Dancing Raisins works… the rough surface of the raisins attract the carbon dioxide bubbles causing the raisins to become less dense and float to the top. The bubbles pop when exposed to the air causing the raisins to become more dense and sink, meanwhile collecting more carbon dioxide air bubbles and repeating the process.

I helped my son with his Dancing Raisins for his 1st grade Science Fair Project many years ago. This was a simple project to put together that didn’t take too much effort. The project displays nicely and is very visually appealing. He received many compliments on his project and learned a little along the way. Sure, Dancing Raisins not as detailed or entertaining as a baking soda volcano eruption… but Dancing Raisins also takes about 3 hours less time to complete! 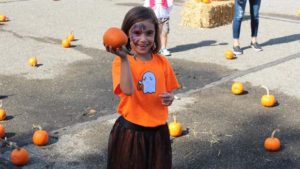