Dave and Buster’s Utica Review – Review of Dave an Buster’s in Utica – restaurant, sports bar, and midway arcade in a casino-like atmosphere.

This review is going to be cumulative as I’ve been going to Dave & Buster’s Utica since it opened in 1998. I’ve been there for corporate parties, dates with my future husband, and girl’s night outs. I still enjoy Dave and Buster’s Utica all these years later! Now, I tote my kids through the labyrinth of games and fun as a great way to pass the time when the kids aren’t in school.

For the uninitiated, Dave and Buster’s is humongous bar and restaurant that features a Midway of arcade and carnival-style games. I’m not talking about a dingy, shopping mall-type of arcade. It’s upscale and features the latest and greatest games. Dave and Buster’s is more like a casino experience than it is a visit to Chuck E Cheese.

The upscale atmosphere may seem weird at first if you’re used to a place like Chuck E Cheese. It’s immediately apparent that Dave and Buster’s isn’t specifically designed for the under-10-years old crowd. Rest assured, kids are allowed, but they do have some rules regarding youngsters. Dave and Buster’s only allows 6 minors to 1 adult and children aren’t permitted at all after a certain time of day. I remember when they were even stricter about kids when they first opened but they’ve softened up a bit over the years to allow for more flexibility. If you arrive with children, there is usually a well-dressed (almost usher-like) attendant or two to casually remind those with kids of their policies. It may seem like overkill, but knowing how they like to keep their upscale “experience” enjoyable to everyone, I actually understand why they like to enforce their rules. IE: They don’t want it to be like Chuck E Cheese’s. All that said, it’s a great experience for well-mannered kids.

The quality of games at Dave and Buster’s Utica is second to none. Interactive games, arcade games, carnival-style games and casino-type games all inhabit the huge Midway. The casino games reward you with tickets that can be used to purchase prizes from the on-site Dave and Buster’s store. The prizes start small (stuffed animals and trinkets) and range all the way up to PlayStation3s, X-Box’s and televisions! My husband, back in the day, even accrued enough tickets to purchase a giant lava lamp (6000 tickets). Game play isn’t purchased through tokens. You purchase cards of varying denominations and use the card to swipe the machines for game credit. It’s pretty sophisticated and adds to the casino-like experience. Once you get to a certain level, you can attain a D & B gold card that allows the games to be sufficiently discounted to gold card holders. I highly recommend pursuing one of these when you first go as it pays off big with later rewards and coupons. Many of the game stations even feature a bar switch. Just flick the switch to alert a bartender and wait staff will be on the way with your favorite drink on their tray!

I’ve had spotty luck with the restaurant portion of Dave and Buster’s Utica through the years. It was definitely better when it first opened as opposed to what it is lately. I’m not sure if this is because of different restaurant management or just a couple of consecutive bad luck meals. They tinker with their TGIFriday’s-style menu quite a bit. I’ve found that you can’t go wrong with their appetizers. I do love the incredible variation of their menu. They have quite an assortment of steaks, sandwiches, pastas and salads. They also have “eat & play” combos that allow you pick certain entrees for deals that award you with free game play in the Midway.

Even before Gameworks at Great Lakes Crossing closed, I found Dave and Buster’s to be a bit superior to it almost every way.  It just seems to be a notch above Gameworks in the fun department even though it caters to an older crowd. Despite the casino-like atmosphere (or maybe because of), it’s highly likely that your first visit Dave and Buster’s Utica won’t be your last.

See related articles below or our EVENTS/LOCAL ACTIVITIES tab for more places to go and things to do in Oakland County and Metro Detroit, Michigan. 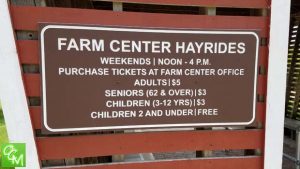 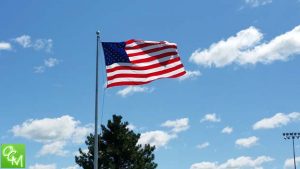