Diagnosing Different Forms of Depression – identifying different types of depression in an effort to better diagnose those effected is the first step for treatment.

Is it depression and if so, which one? by Marcie Weitzman Zoref, Psy.D

Often people are aware that they are “depressed”, but too frequently that may be all they understand about their distress. There are various kinds of sadness and mood disorders, and they vary from one another, such as in terms of whether treatment is indicated, duration of symptoms, and in intensity. Sadness can range from mild, moderate, severe to profound. Sometimes sadness is just the blues and passes in a few days without interfering with functioning. However, other times depressed mood does not go away, significantly disrupts lives, and treatment is indicated.

Work, school, relationships, behavior, mood and health can all be affected. Although depression has a genetic component, it is often triggered by life’s events, such as unemployment, divorce, financial instability, loss of a loved one, etc. Some people may also be less able to manage their feelings and thoughts and may have deficient coping skills or lack a sufficient support system all of which can increase the likelihood of depression.

It is important to understand what type of depression one is experiencing, as this knowledge can enhance our insightfulness and coping abilities and help promote change. Diagnosing different forms of depression and treatment plans in psychotherapy and medications indicated vary among diagnoses as well. It can also be dangerous to prescribe the wrong medication to certain diagnoses (such as by prescribing certain anti-depressants to those with Bipolar Disorder). Serious diagnoses, such as Major Depression, Severe with suicidal ideation, require more immediate and intensive treatment. Finally, early intervention and treatment has been associated with reducing symptomatology and increasing overall prognosis.

According to the Diagnostic and Statistical Manual of Mental Disorders-IV TR (DSM-IV TR) put out by the American Psychiatric Association, the different types of depressive disorders include Adjustment Disorder With Depressed Mood, Dysthymic Disorder, Major Depression, Bipolar I Disorder, Bipolar II Disorder, Cyclothymic Disorder and Medication and Substance-Induced Mood Disorders. In Adjustment Disorder with Depressed Mood, symptoms develop in response to a known stressor. Here, symptoms do not last longer than 6 months after the stressor stops. On the other hand, in Dysthymic Disorder depressed mood continues for at least 2 years. In children symptoms can vary; mood can be irritable and symptoms only have to continue for one year. Eating problems, difficulty sleeping, low energy or feeling tired, difficulty with concentration or decisions, low sense of self, and feeling hopeless may occur.

Major Depression is characterized by Major Depressive Episodes in which one of the symptoms must be depressed mood (or high irritability in children) or loss of interest in or pleasure from activities. Other symptoms may include significant weight loss or gain or significant changes in appetite, agitation or retardation (motor slowing), loss of energy or feeling tired, difficulty concentrating or indecisiveness (difficulty making decisions), feelings of worthlessness, hopelessness or helplessness, difficulty sleeping, and even suicidal ideation. These symptoms last for at least 2 weeks.

Bipolar I Disorder includes Major Depressive Episodes, but additionally includes Manic and Mixed Episodes. A Manic Episode is a period of expansive or irritable mood that lasts for a minimum of one week and causes problems in work or in relationships. Typical manic symptoms include, inflated sense of self, racing thoughts or flight of ideas, talkative or pressure to keep talking, decreased need for sleep, increase in goal-directed activity or agitation, distractibility and involvement in risky activities (i.e., sexual indiscretions or spending money one doesn’t have). Mixed Episodes include both Manic and Major Depressive Episodes.

Bipolar II Disorder is delineated by Major Depressive and Hypomanic Episodes. A Hypomanic Episode is a period of expansive or irritable mood lasting for at least 4 days. In contrast to manic episodes, hypomanic episodes do not cause impairment socially or in the workplace. Cyclothymic Disorder is several intervals of hypomanic symptoms and depressive symptoms over 2 years (1 year in children and adolescents). Individuals suffering from this disorder are not symptom free for more than 2 months, do not meet criteria for Major Depression, and have impairment in functioning.

Often one’s symptoms do not fall into a specific category, and diagnoses exist for symptoms that do not meet criteria for specific disorders, such as Major Depressive Disorder Not Otherwise Specified (NOS), Bipolar Disorder NOS and Mood Disorder NOS (when it is hard to differentiate between Major Depression and Bipolar). Mood Disorders can also be the result of General Medical Conditions or Substance-Induced (when symptoms are related to substance intoxication or withdrawal or when medication use is associated with the sadness).

Diagnosing different forms of depression and differentiating between mood disorders can be challenging at times, and symptoms can mimic one another (for example, individuals suffering from Major Depression and Bipolar Depression can have distractibility). It can also be difficult to differentiate between a Manic and a Hypomanic Episode. Individuals may also present differently at times especially if in a crisis state or dealing with a traumatic situation. Diagnoses can also change; for example, an initial diagnosis of Adjustment Disorder can become another mood disorder if symptoms persist longer than 6 months after the stressor has terminated.

If you are experiencing significant or prolonged sadness that is interfering with your life, your mood and behavior, your ability to perform optimally at work or school, affecting your relationships, and represents a change from your previous functioning, seek professional help by contacting a psychologist for differential diagnosis and psychotherapy and if indicated, a psychiatrist to determine if you would benefit from medication. Depression is treatable and when treated it can improve your enjoyment from life, your overall health, and your level of functioning at work, school and in relationships. Diagnosing different forms of depression is the first step to identifying your own.

Dr. Marcie Weitzman Zoref is a licensed clinical psychologist with a private practice in Birmingham, Michigan. She works with children, adolescents and adults in individual and conjoint psychotherapy, as well as conducts psychological and psycho-educational testing. She is a member of the American Psychological Association, the Michigan Psychological Association and the Michigan Coalition Against Domestic and Sexual Violence.  She is recognized by the National Register of Health Service Providers in Psychology, in addition to being a CAQH (Counsel of Affordable Quality Healthcare) provider.

This Diagnosing different forms of depression article was originally posted for Oakland County Moms in 2011. 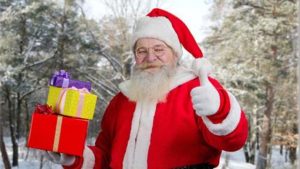