Whether in Toronto, Chicago, Detroit or somewhere else in the world, many have happily stumbled upon a Hard Rock Cafe. The touristy attraction of a Hard Rock Cafe has been captured and enjoyed for the past eight years in Downtown Detroit.

I’m somewhat embarrassed to say that I made it to the Toronto and Chicago locations well before stepping foot in the Detroit location until just recently. It was mostly because I was under the impression that Hard Rock Cafe’s were reserved for tourists.

Back in the day, pre-kids and pre-spouse, I would travel with friends and go to the Hard Rock Cafe’s of different cities that I would visit. We would buy memorabilia to show which ones we’ve been to. Now I see the attraction that a Hard Rock Cafe can be to the locals.

Hard Rock Cafe Detroit opened eight years ago and is doing very well. It was just awarded the “Top of the Rock” award for its recent impressive increase in sales this past July.

Part of Hard Rock Cafe Detroit’s success is due to its live music events. Most recently the restaurant hosted Atlanta singer-songwriter Sonia Leigh and Nashville country-rock duo Brasher/Bogue during a Kenny Chesney pre-party. This fall, Hard Rock Detroit plans to host the Lions post-game review show and will continue to set the stage for multiple local artists.

On another fun note, did you know that each Hard Rock Cafe has its own unique “Legendary” menu item that is created by one of its own? When I visited Hard Rock Cafe Detroit, I was able to try out the Pizza Burger, created by local server Amber Miles.

I also sampled the Twisted Mac, Chicken and Cheese, one of the signature items from the menu. The roasted red peppers were the wild card that added a nice flavor to this dish. Next I tried the Rock Chop Salad. This salad was tossed in a smoked ranch dressing. I could really taste the “smoked” flavor. It was the key element in this dish, unique and good. Finally I sampled the Local Pulled Pork Sliders. I have found that pork has the potential to taste dry and overcooked. This pork was juicy and paired nicely with an Asian Cole Slaw on a nice soft roll with a flaky crust.

And because I’m a big sports fan and concert goer, I have to mention one last important note that many may not know about the Hard Rock Cafe in Detroit. If you’re attending a big game or concert, park in the Compuware parking structure, head into the Hard Rock Cafe, get your parking ticket validated (that means the parking is paid for and free) and then hop on the free shuttle to your event. That sure beats a $40 parking fee to park close to Ford Field. 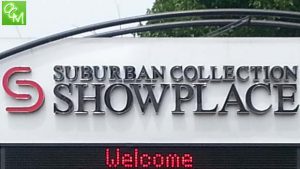 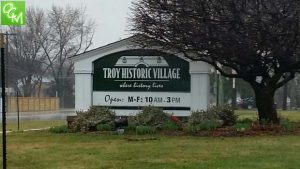