My Kids Love The Brady Bunch – I’ve come full-circle with The Brady Bunch. When I was growing up it dominated pre-cable television rerun viewing in Metro Detroit on WKBD Channel 50. It was appointment viewing nearly every day after school when I was 9.

My Kids Love The Brady Bunch

When I first started watching The Brady Bunch, I was too young to see it when it originally aired – I grew up in the post-Brady generation when it was making its first run of syndication. Everyone around my age watched it for 2 reasons. One, there was nothing else on after school (no cable TV) and Two, it was a fantastic show!

I grew up wanting to attempt to break a non-existent teeter-totter record, I wanted a maid I could take to Kings Island Amusement Park and wished I had 5 cool brothers and sisters to play with.

Then, about the time I outgrew the show, The Brady Bunch became the laughingstock of bad 70s campy television. It was no longer “cool” to watch and the hilarious parodies began. It was fun to make fun of The Brady Bunch.

Like all things iconic, a phenomena becomes successful and then gets scoffed at by the following generation. More time passes and, if the quality is truly there, the phenomena becomes timeless (and eventually at less-prone for ridicule).

My Kids Love The Brady Bunch

My son’s best friend became a fan of the show recently and when my son mentioned this to us, my family decided to DVR a few episodes to see if our kids would enjoy it as well. It certainly isn’t difficult to find Brady Bunch reruns.

I wasn’t sure what to expect. In all honesty, The Brady Bunch show looks like it comes from another world compared to today’s modern-day sitcoms. I was hoping against hope that my kids wouldn’t watch The Brady Bunch the way I used to view something like Disco in the late 80s – like it was crazy and unrelatable. I was surprised at the results – My kids LOVE The Brady Bunch

My kids adore watching The Brady Bunch. All the things I loved about the show when I was their age shined through despite the (among many other things) unbelievable bathroom situation, horrible fashion sense and sugar-coated plot lines. They saw past the 70s goofiness and could relate to the stories and the life-lessons for kids. The family “message” of the show from 1973 transferred seamlessly into today.

Not to be dramatic, but it was heart-warming to share The Brady Bunch experience with my kids and to see them have the same respect I felt for the show in the late 70s. It was also neat to watch these episodes after all of these years. I found myself seeing them from Mike and Carol Brady’s parenting point of view as opposed to Bobby and Cindy’s viewpoint.

I love that The Brady Bunch is a clean, decent show that portrays positive relationships and problem solving. Plus, I must admit, I’m just as entertained watching the shows all over again – it had been decades since I’d seen an episode. We now have many nights where we pop the popcorn and watch Brady Bunch rerun marathons – thank you cable tv and thank you DVR! My Kids Love The Brady Bunch. 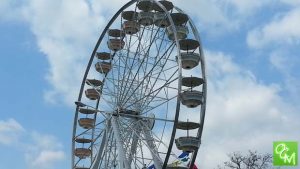 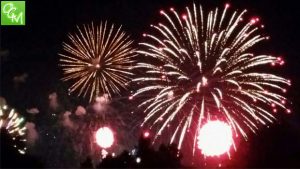