Obamacare – What You Need to Know – I interviewed WebMD’s health reform expert and Medical Director and Chief Medical Editor to find out more about what we can expect from Obamacare and Health Care Reform.

Lisa LaGrou of OaklandCountyMoms.com – Dr. Smith, can you tell us more about the Affordable Care Act – Obamacare and where people can learn about it?

Dr. Michael Smith, MD, Medical Director and Chief Medical Editor at WebMD – A lot of people have heard about it, but really don’t understand it. They’re honestly a little scared of it and overwhelmed so WebMD created the Health Care Reform Center to really boil it down to give them a personalized experience. We ask them a few simple questions about their family so that we can give them the information they need to start making those decisions today. And I would really encourage people to start the process today, because even though open enrollment doesn’t start until October 1, you do need to gather some information and give it some thought and at the Health Care Reform Center we really walk you through the entire process from knowing what your options are to getting you ready to enrolling. You can find that at WebMD.com/myhealthcare.

Lisa LaGrou of OaklandCountyMoms.com – Lisa, I heard there are different levels of coverage. What are they and how do you know which level is right for you?

Dr. Michael Smith, MD, Medical Director and Chief Medical Editor at WebMD – Yeah, that’s a good question. There are four different levels. The main difference among them is the percentage of out of pocket medical costs they’ll cover. The Platinum plan, for example, which is the most generous benefit, will cover on average 90% of your costs each time you go for medical services. And, then it kind of goes down from there. The Gold plan covers 80%, the silver 70%, and the bronze covers 60%. The more coverage you get each time you go to the doctor, the more your insurer pays when you go to the doctor, the more you’re going to pay on a monthly basis for that health plan. For some people who let’s say have chronic illnesses, who take a lot of medications, who frequently go to the doctor, may find it more financially advantageous to actually pay more money on a monthly basis and to get more coverage each time they go to the doctor. If you don’t use medical services much at all…If you’re a person who goes to get your checkups regularly, maybe sees a doctor once or twice for when you’re sick in a year, it actually may make sense for you to get a less expensive plan, pay a little more each time you go to the doctor, and handle it that way. You kind of have to do the math… get a sense of what your worst case scenario is, how much it could possibly cost you through the year and think about your health needs and how you use the system and see what makes the most sense.

Lisa LaGrou of OaklandCountyMoms.com – So is the Platinum, Gold, Silver, Bronze level platform a standard system that will be used across all insurance plans offered?

Lisa Zamosky, WebMD’s Health Reform Expert – Those are the four levels generally available, but not every level will be available in every market place. It kind of depends from state to state.

Lisa LaGrou of OaklandCountyMoms.com – With current insurance, preventative coverage is for mammograms and physicals… Are there more procedures that will be added to this list with the new reform act?

Lisa Zamosky, WebMD’s Health Reform Expert – Yes, the preventative services, like colonoscopies, you can find a list of them on the WebMD site… there is a list of services basically new health plans have to cover at 100%. The one thing though that I would caution people to that is often a point of confusion in getting it covered, is to make sure it’s preventative. If you’re going in for a mammogram which is a preventative service covered at 100% but you’re not going in just because it’s time for a regular mammogram, you’re actually going in because you’re having symptoms – that’s not a preventative service. That actually counts as a diagnostic service and you’re going to pay for that. But if you’re going and it’s truly preventative, it’s covered. That’s a new thing.

And, there are other new benefits for people who buy insurance on their own. Maternity coverage is not covered on a majority of the plans today on the private market – that has to be covered.  Pharmacy benefits are not always a part of plans. People are buying their own today – that has to be covered. There are a lot of new benefits. The plans are definitely richer than what you typically see on the private market today, not in the employer market, people who get insurance through work, but in the private insurance market.

Lisa LaGrou of OaklandCountyMoms.com – Dr. Smith, can you tell us how you need to prepare for a doctor’s office visit under these new provisions?

Dr. Michael Smith, MD, Medical Director and Chief Medical Editor at WebMD – The affordable care act really does not change your relationship with your doctor. But an important thing to remember is that if you like your doctor today and you want to stay with that doctor, that’s something you need to keep in consideration when you go to choose your new health care plan. You want to make sure your doctor participates in that plan. That’s the type of thing you want to be prepared to answer and will help you boil down your health insurance options and choosing the plan that’s right for you and your family. But above and beyond that, there’s no difference to you walking in on January 1st to your doctor appointment. There’s nothing that will be greatly different with how you work your doctor; just want to maintain a close relationship so you can work together in making those health decisions for yourself.

Lisa LaGrou of OaklandCountyMoms.com – With the new system beginning on January 1st, is this when people with pre-existing conditions will have more options?

Lisa Zamosky, WebMD’s Health Reform Expert – Right. That’s huge. If you don’t have an offer of insurance through your employer, people who have pre-existing health conditions, there are many who can’t get coverage; if you have diabetes for example, that’s almost always an automatic denial. It’s almost impossible to find an insurance company that will insure you. And, if you get an agreement to cover you, sometimes the costs are astronomical because you can be charged more for your health condition. Or you’re offered a health plan that will pay for everything BUT treatment for the very condition you felt you needed insurance for in the first place. All of those go away January 1st. So, if you have a pre-existing condition, and you haven’t been able to get insurance in the past, now’s definitely the time to pay attention because you cannot be denied, and you cannot be charged more for the state of your health. That literally for people with serious medical conditions, can be a life saver.

Dr. Michael Smith, MD, Medical Director and Chief Medical Editor at WebMD – You know, I’d like to add that even though they can’t charge more for medical conditions, they can charge you more if you smoke or use tobacco. That is the one condition that they can charge you more for, and up to 50% more. So if you are a smoker, you definitely want to take that into consideration. Now might be a good time to stop. 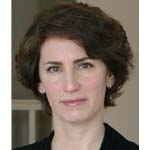 Lisa Zamosky, WebMD’s Health Reform Expert – We have not yet seen the rates across the country but a number of states have released their rates and a number of large groups…consulting firms and foundations, have very recently in fact, conducted analyses of those rates. And what seems to be the clear message from those groups at this point is that there is not rate chalk. The rates are actually a little bit lower than what the government had anticipated they would be. They are comparable with what we see today, and yet the benefits are actually much richer than what you’ll typically find in the private market today. That can change. This is the first year. There’s a lot we don’t know. We don’t know who’s coming into the system. We don’t know how many people are going to sign up, although there are projections. So, we have to see how that all shakes out. But for now, I would say the answer is apparently no rate chalk….What I would suggest… is to actually go onto the market place and depending on your income, you may qualify for a tax credit that would lower your insurance costs, and to look at the new plan options. And, keep in mind, across the board it appears that rates are not dramatically higher for these plans than what is on the market today. It varies widely across the country. The price of insurance depends on a host of things.

ABOUT MICHAEL W. SMITH, MD
Michael W. Smith, MD serves as Medical Director and Chief Medical Editor at WebMD. Dr. Smith is in charge of the medical team that is responsible for upholding the accuracy and credibility of WebMD content, including health news, features, videos, tools, and health reference information.  Dr. Smith is a regular guest on The Weather Channel and is featured monthly on Fox 5 News in New York to discuss the latest health headlines. Other appearances include Fox News, MSNBC, CBS’ The Early Show, and Katie Couric’s web-based show @KatieCouric, among others. In addition, he has appeared in multiple publications, including Men’s Health, Newsweek, Forbes, and Reader’s Digest and was featured as the Internet’s Top Doc in USA Weekend.

ABOUT LISA ZAMOSKY
Lisa Zamosky serves as WebMD’s Health Reform Expert. Over the past three years, Zamosky has blogged forWebMD for their Health Insurance Navigator blog.  She is also a columnist for the Health Care Watch column in the Los Angeles Times.  And her work has been published in Reuters, MSNBC, Health.com, the Chicago Tribune, and Baltimore Sun, among other publications.

For more on help with Obamacare, visit WebMD.