I bought a shiny new electric guitar for my son a while back to help him pursue his interest in music. He wasn’t responding well to learning through “traditional” guitar lessons. He had some talent on guitar so we wanted to see if another route would bring better results.

I decided to give the School of Rock in Rochester a try. The School of Rock is well known for their performance-based learning method. Your child literally learns how to be in a rock band by practicing with their own band of drummers, guitar players, bassists and singers. My son loves to be in front of an audience and he’s quite social – so this was worth a try.

The School of Rock semester runs for 3-4 months, and concludes with a live concert performance at the end. The kids (typically ages 8-18) learn and play songs from their favorite rock bands. The School of Rock gives you an option on which “band” you’d like to join, with the band rehearsals falling on different nights. For example, we had a choice between Punk Rock, The Who, and Foo Fighers/Pearl Jam. We went with Foo Fighters/Pearl Jam and our band rehearsals were on Friday nights. The rehearsals last for three hours and it literally is a large group of musicians and singers getting together to practice their bands songs and performing them live. Additionally, each student signs up for private lessons to help learn the songs as well as other skills.

The School of Rock mission for the semester is for each child to learn a setlist of 10-20 songs and be able to perform the songs as a band for a live performance (in public) at the end of the semester.

We’re about half way through the semester. The kids have learned all the songs on the setlist and the teachers are working on perfecting everything, and assigning who is playing in which song. Because there are many signed up for the program, the kids rotate rather than playing the entire gig.

This style of music lessons and learning have really inspired my son. He is much more motivated to practice, and we find him doing so willingly without our reminders. He leaves each band rehearsal and every lesson so excited and eager to tell us about everything he’s learned. The responsibility of being able to play well to keep up with his bandmates is helping his focus and increases his desire to learn. He can’t wait to perform at the rock concert at the end of September. (Stay tuned as I will update this post and include video of the concert).

In a nutshell, this program works for us and we’re very happy with the School of Rock. For my son, I think it’s a nice combination of him being on stage, being social with the other musicians, and being accountable for learning and performing the songs. It works. Not only does the School of Rock semester accomplish the goals of students learning the music theory of the songs, they teach children to overcome stagefright and nervousness by allowing the “band” to perform as a unit. So, your child can learn a whole rock band setlist while having a great time and have a rewarding experience of making friends and perhaps keeping the “band” going well after the semester ends! 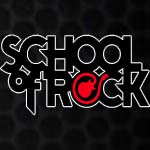 The Rochester School of Rock granted me a semester of lessons and band rehearsals so we could review the program. This School of Rock Rochester review is not at all influenced and are my own thoughts and opinions. 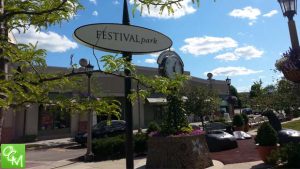