Suicide is usually a difficult subject for most people to talk about. The last thing a parent wants to think about, is their child contemplating suicide. However, suicide is common and is very necessary to talk about. Over 5 million people now living have attempted suicide. Not talking about suicide is part of the problem and sadly, each year 2000 young people (15-24) commit suicide which is the 3rd leading cause of death for that age group. 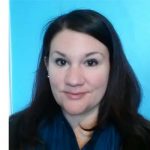 ABOUT LAURETTE LIPMAN, MA, LLPC, NCC
Laurette Lipman, MA, LLPC, NCC has over 2 years experience as a mental health therapist, and as a graduate of Oakland University, she is currently under supervision of a fully licensed professional counselor.