The AAP is an excellent source for parents on topics of mental and physical health for infants, toddlers, children and teens and an organization I’ve referenced often for Oakland County Moms. My issue with this particular study on teens and bodybuilding/exercise behaviors stems from the fact the Teen Bodybuilding Statistics study seems to target teens trying to gain or lose weight naturally through diet or using a harmless protein powder and linking those healthy behaviors to possible steroid use.

Here is the official statement from the AAP regarding their study on TEENS PRACTICE MUSCLE-ENHANCING BEHAVIORS MORE THAN PREVIOUSLY THOUGHT from the December issue of Pediatrics:

Body images shown in popular media of Western culture have grown increasingly large, lean, and muscular, and teens’ body dissatisfaction has simultaneously increased. Many boys and girls have turned to muscle-enhancing behaviors to achieve the looks presented by media. The study, “Muscle-Enhancing Behaviors Among Adolescent Girls and Boys,” in the December 2012 issue of Pediatrics (published online Nov.19) examined more than 2,700 adolescents at 20 urban middle and high schools to determine their use of muscle-enhancing behaviors. These behaviors were defined as changed eating habits, increased exercise, and use of protein powders, steroids and other muscle-enhancing substances. The authors found that among boys, more than two-thirds reported changing their eating to increase their muscle size or tone, and 90 percent exercised more to increase their muscle mass or tone. Unhealthy behaviors were also prevalent: 34.7 percent used protein powders or shakes; 5.9 percent reported using steroids; and 10.5 percent reported using some other muscle-enhancing substance. Girls were similarly involved, with a large majority changing eating and exercise habits, 21.2 percent reporting using protein powders, 4.6 percent using steroids, and 5.5 percent using other muscle-enhancing substances. The authors recommend that pediatricians and other health care providers ask their adolescent patients about muscle-enhancing behaviors. Sports physicals may present an opportune time for these discussions.

This study hits home for me because my barely-teen son is already actively involved in weight-training and bodybuilding with my husband. My husband grew up as the “scrawny teen” who started weightlifting in his early teens and ran the gamut of powders, supplements and diet trends in an effort to build muscle. When I talked to my still bodybuilding, 40+ year old husband, he was as perplexed by the teen bodybuilding/exercise study as I was. Neither of us saw the “unhealthy behaviors” associated with teens weight training and trying to incorporate a positive impact on their bodies outside of the steroid danger that lurks as temptation to skinny teens.

While my husband did use safely use protein powders and a healthy protein-packed diet with his weightlifting to gain muscle and much-needed teen confidence, the education of diet and exercise as a teenager fueled a lifelong passion for fitness and healthy lifestyle. Hardly an unhealthy or dangerous behavior as far as we are concerned.

If the AAP Teen Bodybuilding Statistics report centered on the dangerous practice of injected anabolic steroids in teens to gain muscle mass, the warning is served. But, that number is small (5.9% of exercising teen boys) compared to the nearly 35% which were using protein powder. Until it is shown that protein powder is somehow as harmful as steroid use, I think this stat is relatively useless and the two shouldn’t even be in the same study.

I also think the teen bodybuilding and exercise study fails from the standpoint of targeting all teens that exercise. I’m sure a great number of teens who exercise in this study do so because of sports participation. I mean, what cheerleader or football player in high school doesn’t exercise? It’s practically mandated.

I’m also not buying the guise for which this Teen Bodybuilding Statistics study was conducted – the “body images shown in popular media of Western culture have grown increasingly large, lean, and muscular, and teens’ body dissatisfaction has simultaneously increased” intro. First, I’m not sure the dissatisfaction has increased all that much. The practice of bra-stuffing for girls and boys feeling meek for being underweight is far from a latest trend. My husband had sports and Rambo posters (to go along with his bikini babe ones) all through is 80s teenage years. If the hated media is the cause of inspiration for teens to seek exercise, bodybuilding and other forms of fitness – I’m not going complain. I’m much more concerned about drug use, childhood obesity, tobacco use and far riskier teen behaviors.

Yes, parents should have every right to be concerned about teen boys and teen girls using unhealthy forms of diet and supplement use. I do agree that it is appropriate to monitor exercise use and check for unhealthy use of dangerous supplements for diet, bodybuilding and exercise. However, in the teen years of self-esteem issues and dangerous drug use, I just think exercise and fitness among teens should be applauded more than scrutinized.

For more info on the Teen Bodybuilding Statistics study by the AAP, here is the entire study. 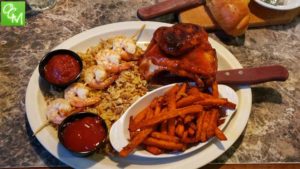 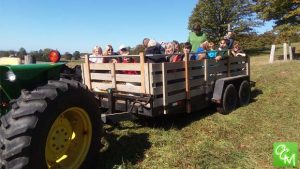