A comprehensive study on teen drivers and teen driving statistics by Driving-Tests.org reveals that fewer of today’s teenage drivers are surprisingly insecure about their own abilities to drive.

Motor vehicle fatalities are the leading cause of death for teenagers, representing over one-third of all accidental deaths in the US. Young, inexperienced drivers are over-represented in motor vehicle crashes for both men and women, and, 75% of all teen crashes are due to driver error. Summer is especially deadly for teen drivers with 8 teens dying in traffic accidents every day between the Memorial and Labor Day holidays.

The goal of the teen driving study was to get inside the minds of teenage drivers in an effort to better understand their perspective on driving safety.

Results include the following revelations of new teen drivers:

Considering the recent surge in teen driving deaths, what are the primary safety concerns of teenage drivers?  Traffic fatalities among 16- and 17-year-old drivers jumped by 19% during the first six months of 2012, according to preliminary data compiled by the Governors Highway Safety Association (GHSA).

Why are fewer teens getting driver’s licenses? A teen driving statistics recent study by the University of Michigan indicates that fewer teenagers are getting their driver’s licenses. Only 28 percent of 16-year-olds had their driver’s license in 2010, an 18% decline from 1983. The decline has been attributed to the rise of social networking and also the increased cost of driving due to higher gas prices. Does the survey agree?

With so much emphasis on texting, do teenage drivers still consider drinking and driving to be a safety hazard? In recent years there has been a remarkable increase in campaigns designed to raise awareness on the dangers of distracted driving and in particular texting and driving; at the same time, according to NHTSA, nearly one-third of  drivers ages 15 to 20 who were killed in crashes had been drinking.

Do male teenagers think differently about safety than female teens? The motor vehicle death rate for male drivers and passengers ages 16 to 19 was almost 2x that of their female counterparts. According to the CDC, among male drivers involved in fatal crashes, 39% were speeding at the time of the crash and 25% had been drinking.

1. What are teenagers’ biggest fears about driving?

2. What is the hardest part of learning how to drive?

3. What is the most dangerous thing to do when driving?

5. What is the most dangerous thing you see your parents do while driving?

6. What aspects of driving are teenagers most excited about?

Methodology: The methodology for the survey of teen drivers included an online survey of open-ended questions with a 140 character limit that was completed by 1421 participants. At least 75% of respondents were between the ages of 14 – 24;  at least 50% of participants were female and at least 30% were male. 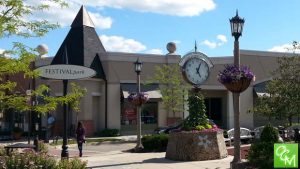 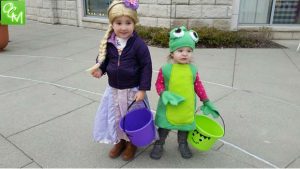