In my reviews, I like to compare Trader Joe products to standard, similar products that we’re all aware of. I decided to make another comparison between a Trader Joe’s brand and a well-known brand.

I’m a semi-regular raisin bran eater. I wouldn’t call myself a raisin bran aficionado. Far from it. I eat Kellogg’s Raisin Bran cereal primarily for nutritional value. If it were only about taste, I’d be eating Lucky Charms with my daughter every morning. That said, I was anxious to try the Trader Joe’s brand of Raisin Bran to see if I could make my ho-hum raisin bran more palatable.

I was surprised to find many notable differences in the TJ’s vs. Kellogg’s Raisin Bran comparison in terms of both taste and nutritional value. In previous Trader Joe’s vs. ______ comparisons, the differences have been slight or negligible.

I’ll start with taste. I wouldn’t say the TJ’s Raisin Bran is overwhelmingly better, but it is different. The bran flakes are definitely crunchier than Kellogg’s. The flakes also taste “heartier” and definitely don’t go soggy in milk as quickly as Kellogg’s Raisin Bran. Also different are the raisins. The Trader Joe’s Raisin Bran raisins are fuller and not coated with sugar like Kellogg’s. I also noticed the “raisin distribution” is different. Don’t laugh! Have you ever noticed with Kellogg’s Raisin Bran that the first bowl of it has tons of raisins but, by the time you get to the last bowl,  there are 3 raisins left and the bran turns to dust? Joe’s Raisin Bran leaves you with plenty of raisins throughout the box and the heartier bran leaves few crumbs when you get to the bottom the box.

The nutrition is different between the two brands as well. Most Trader Joe brands tend to follow ingredients and nutritional value to a T with competitors the way a generic drug maker does with name brand medications (see comparisons side by side below). TJ’s Raisin Bran has more fiber and fewer calories than Kellogg’s Raisin Bran. There are also some noticeable increases in important vitamins in the Trader Joe’s bran. 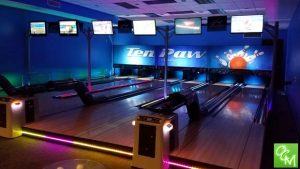