What does it mean to be Vegan? It seems some Vegans are more willing to consume manufactured foods containing unnatural, harmful ingredients than they are with eating the best possible foods WHILE rejecting animal products. The goal of these Vegans seems to be looking for the next fake food in order to save animals rather than eating all natural earth-based foods. So, what does it mean to be Vegan?

What does it mean to be Vegan?

I decided to become Vegan initially for health reasons. As time went on, I felt so much better and I found that I preferred eating plant based foods and was definitely not craving any of the meats I had left behind. Sure, my options are slimmer, but I really enjoy what I’m eating – because I feel good about what I’m eating and because what I’m eating makes me feel good.

I’m always looking for new ideas for preparing plant-based dishes so I attended a Vegan expo recently – the annual VegFest in Novi. I got some great ideas walking around and visiting the booths, and then decided to sit in on a session that was titled “Vegan Cooking Made Easy.” The room was packed, and people were even standing. This was a room full of people looking for ideas.

I was really quite surprised by the presentation. What I thought I was going to get, was not at all what was presented. Rather than talking about how being Vegan is like being one with the earth, and living a healthy lifestyle consuming plant based foods… the main focus was on finding foods to substitute the foods you have to give up to become Vegan. The entire presentation gave options for egg substitutes, chickenless chicken strips, meatless meatballs, etc. So much stress was put on how we could still eat dessert, omelettes (with the egg substitutes), tofu hotdogs, etc. They included all the manufactured, prepared foods you could buy in the stores.

Vegan cooking made easy? Yes, I guess it’s quite simple to pop a frozen entree in the microwave. But, isn’t this defeating the purpose? It’s likely laden with sodium, preservatives, artificial ingredients, etc. There’s nothing healthy about it.

So, in a nutshell, the presentation promoted that so long as you’re not eating animals, you’re doing good. When, in actuality, I think you’re worse off, health-wise, consuming these manufactured foods. I once heard the phrase, if it’s made in a plant, don’t eat it. If it’s made from a plant, eat it. That’s what it means to be Vegan, at least to me. I’m not trying to be a snob, but I honestly thought when I embraced being Vegan, that’s what it meant. I guess I’m wrong.

So, here’s my two cents, if you want meat so bad that you’re eating meatless meatballs and chickenless chicken strips found in the freezer aisle, just eat the meat. You’re probably better off. But, if you want to make a change and eat healthy meanwhile saving animals, go with a Vegan plant-based diet. Again, just my two cents.

So, What does it mean to be Vegan? in your opinion. 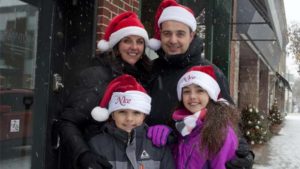