Children can take their letters to Santa Claus to various Christmas mailboxes locations in Oakland County.

Here are some mailbox locations in Oakland County and Metro Detroit where kids can drop off their letters to Santa Claus in case they’re too shy to sit on Santa’s lap. 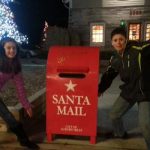 Auburn Hills Santa Claus Mailbox
Downtown Auburn Hills (Squirrel Rd and Auburn Rd at the MOMS Memorial / Christmas Tree)
A holiday mailbox will be located in Downtown for children to send letters to the North Pole. Kids can stop by the letter writing station at the tree-lighting ceremony and mail Santa a message the night of the event. The mailbox will be accepting letters from after Thanksgiving, all the way through Christmas. Hosted by the City of Auburn Hills.

Holly Santa Claus Mailbox
Battle Alley Coffee (101 Battle Aly, Holly, MI 48442)
Send a postcard to the North Pole, and if you include your return address, Santa will send you a special message next year. Hosted by Battle Alley Coffee. 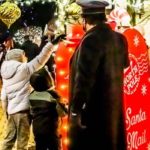 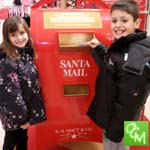 Oxford Santa Claus Mailbox
Downtown Oxford at Centennial Park
Santa’s mailbox out in Centennial Park by the gazebo from November 23 through December 14. Children are encouraged to drop off their letters to Santa and if they include their return mailing address Santa might just send a reply. Hosted by the Oxford Chamber of Commerce. 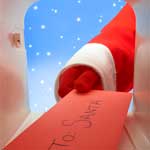 Rochester Santa Claus Mailbox
Downtown Rochester (Corner of 4th Street in Main, Rochester, MI)
Santa’s Mailbox is returning once again to Downtown Rochester. Children of Rochester are invited to mail their letters to Santa by depositing them in the mailbox on the corner of 4th and Main Streets from November 19, 2022 through “Mid December”. Children who drop their letters in the box will receive a letter addressed to them from Santa. Santa’s Mailbox is delivered each year by the Rochester Area Jaycees during the Rochester Hometown Christmas Parade on December 4. For more info, visit rochesterareajaycees.org

South Lyon Twp Santa Claus Mailbox
Lyon Twp Municipal Center (58000 Grand River Avenue, New Hudson, MI 48165)
Usually begins December 1. Open Monday through Thursday, 8:30a to 5p and Fridays from 8a to 4p Santa’s mailbox is in the lobby, right when you walk in the main entrance. Santa may reply too. Hosted by Lyon Twp.

US Postal Service Santa Mail
Santa replies to your child’s letter (complete with a North Pole postmark). “Letters from Santa” must be received by the Anchorage, AK Postmaster no later than December 10, 2021 (and preferably by December 7, 2021). Santa’s helpers in Anchorage, AK, will take care of the rest! Learn more about the Letters from Santa program and how to get started by visiting this link at the USPS website.

Village of Wolverine Lake Santa Claus Mailbox
Village of Wolverine Lake (425 Glengary Rd, Wolverine Lake, MI 48390)
11/25-12/18 “Boys and Girls can receive a letter from jolly old Santa and his Elves. Children should drop off their letters to Santa’s mailbox outside Village Hall. Please make sure your child’s letter includes an address where Santa can mail his return letter. Santa’s letter will be postmarked from the North Pole.” For more info, visit wolverinelake.com

See our Events / Things To Do tab for more events, activities and things to do in Oakland County and Metro Detroit Michigan.